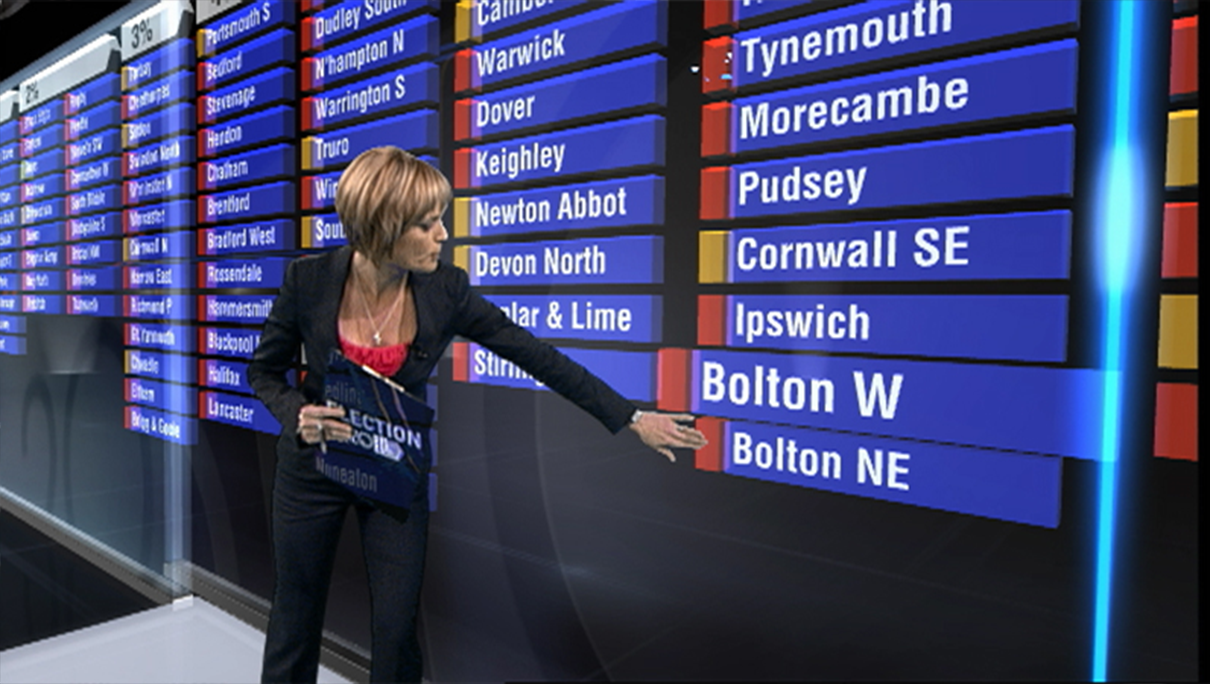 The ITV News Election 2010 was a programme which aired after the polls closed for the General Election of 2010. The studio was a live living data feed, with results displayed in the three party colours as spotlights and information throughout the set. Since 2001 ITN has pioneered the use of live VR technology for television.

I conceived, designed and art-directed many aspects of the Election programme, leading a team who worked including the opening titles and interstitials, onscreen graphics and virtual studio.

The centrepiece of the studio was a 20ft virtual wall which was controlled by the Julie Etchingham via a virtual touchscreen. The wall was used to display a series of graphics during the 14 hour broadcast election information like the battleground, swingometer, historical swing graphics and live feeds were simplified into some key graphics on the night.

Using a 10 foot panel (hidden from he viewer) of all the key swing seats on election night from Labour to Conservative, Julie Etchingham was able to fully control all her results graphics via a set of touchscreens. She was able to seamlessy call up results as they happened and give some analysis for each constituency. 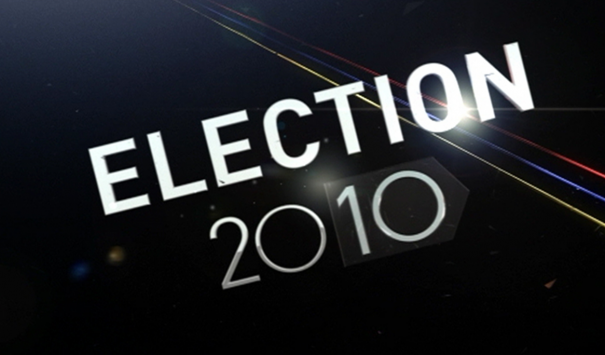 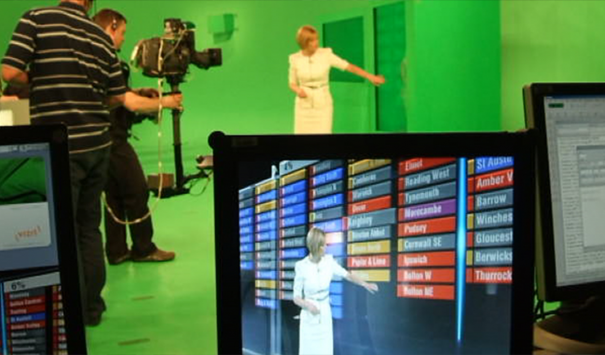 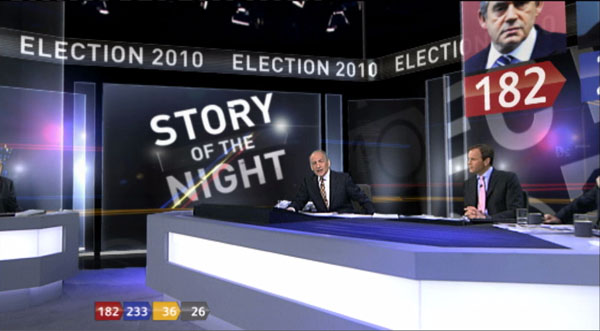 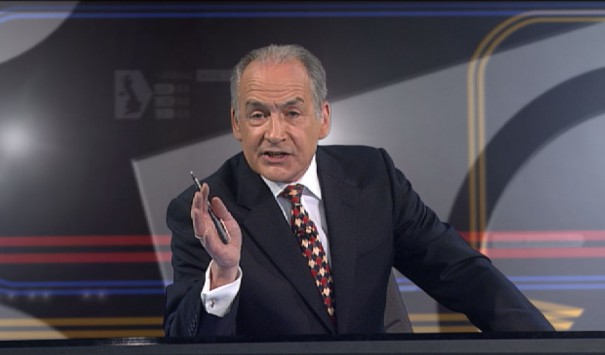 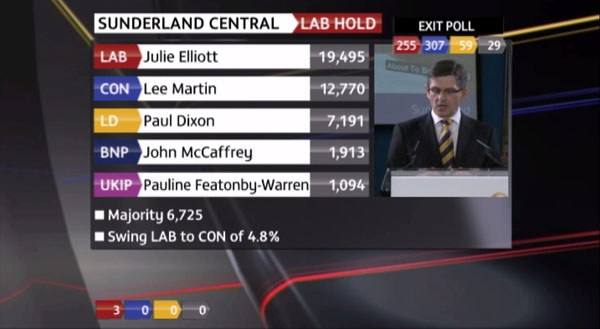 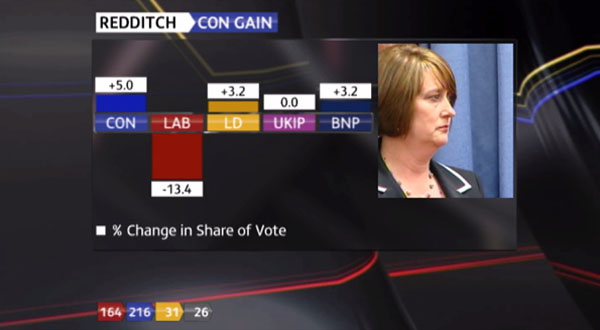