I thought I’d add this post to explain a little about the behind the scenes process working on the Election and generally working in virtual spaces.The virtual studio at Gray’s Inn Road uses a set of tracked cameras which know where they are in 3D space. All of this tracking data processed is fed to renderers and using Viz virtual studio and some clever ‘under the bonnet innovation’ we created virtual 3D graphics which give the appearance of whole studio which works exactly like a real one, albeit with the added flexibility to move assets relatively easily. The are many downsides to working in virtual, but this was our preferred solution for this project. We were able to populate information graphics in key areas. 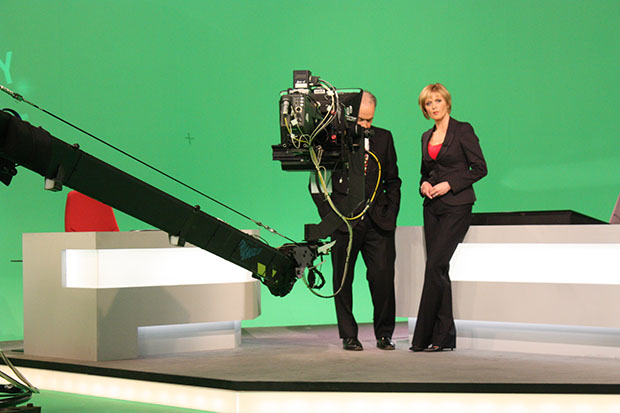 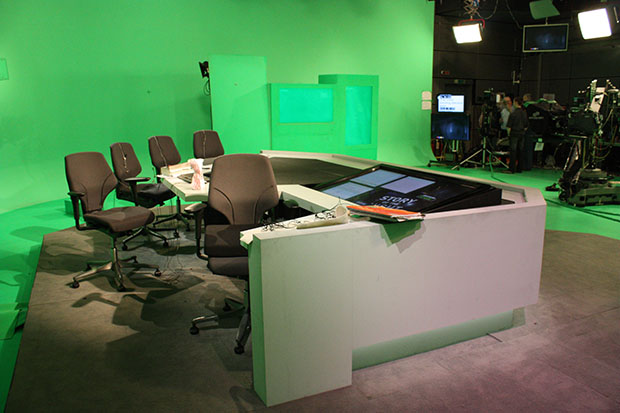 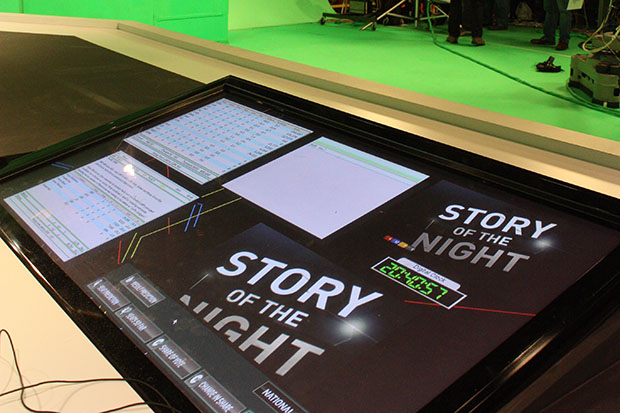 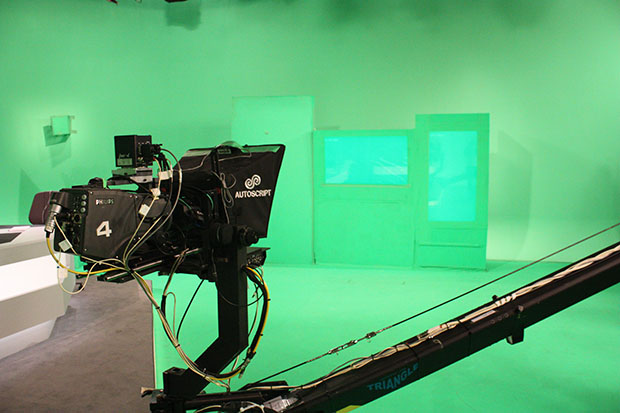 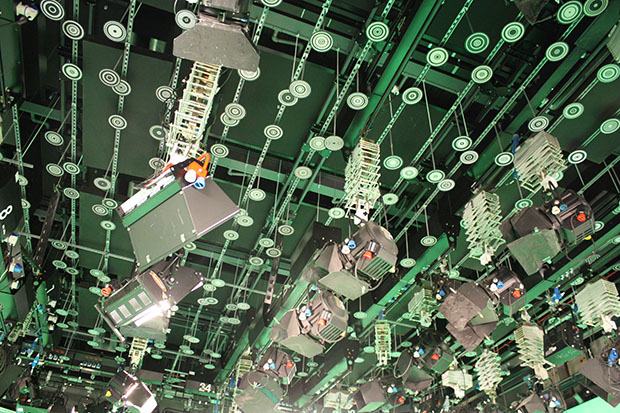